Co-driving with Elfyn Evans in the Toyota Gazoo Racing WRC team, they put in a solid performance on the Championship’s only winter round. Held in northern Finland’s Lapland region, Scott tackled high-speed, frozen forest roads lined with high snowbanks, and battled with sub-zero temperatures. 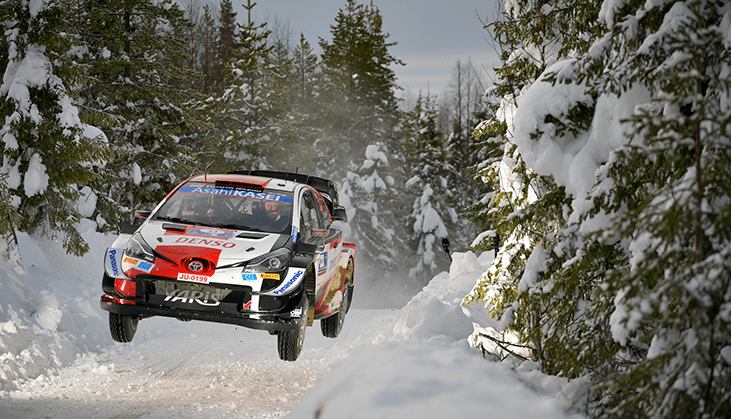 His Toyota Yaris WRC car was equipped with studded tyres, each one with 384 metal pins to help bite into the frozen ice and gravel, which ensured some very high speeds through the winter wonderland landscape.

But Scott and Elfyn battled back on Saturday to set a series of top times, including a stage win on SS4, to narrow the gap on the leaders.

However, the rally-leading pace continued to elude them as they struggled with tyre management on Saturday and never really found the confidence to push for victory. 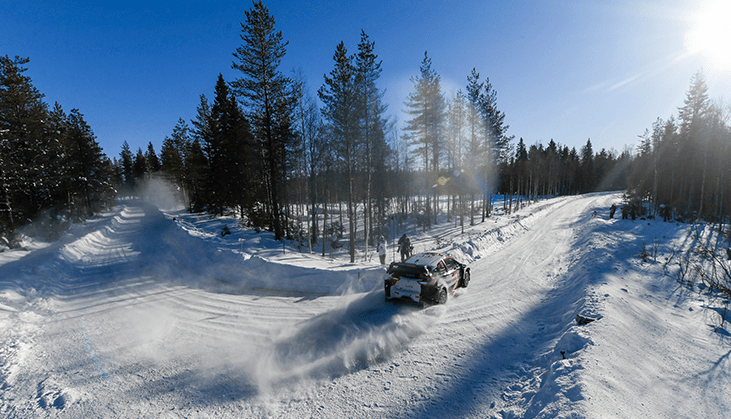 They closed the gap to fourth to just a few seconds on Sunday’s first high-speed test and cruised through the final stage to secure fifth.

That gave Scott valuable championship points and he’s now third in the overall WRC series as the championship switches from snow to Tarmac. The next round is another new event, the Croatia Rally, which starts on 22 April.

Scott Martin said: “Overall, it was a tough weekend for us. We had two stage wins but also a couple of disappointing stages, we just couldn’t seem to get consistency all weekend. 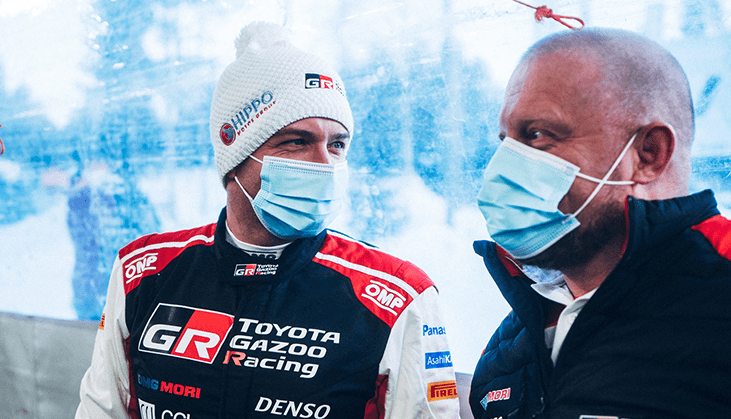 “Our road position on day one made things difficult, sometimes we were a little too conservative then other times we were pushing too much. Fifth place means important points for the championship though.

“Despite the challenges it was an enjoyable event, the winter conditions were just fantastic, and it was a great experience being flat-out between the snowbanks.”