Hippo Motor Group brand ambassador and world rally co-driver Scott Martin, got his FIA World Rally Championship off to a stunning start at this weekend’s iconic Rallye Monte Carlo, finishing on the podium with a well-earned second place. 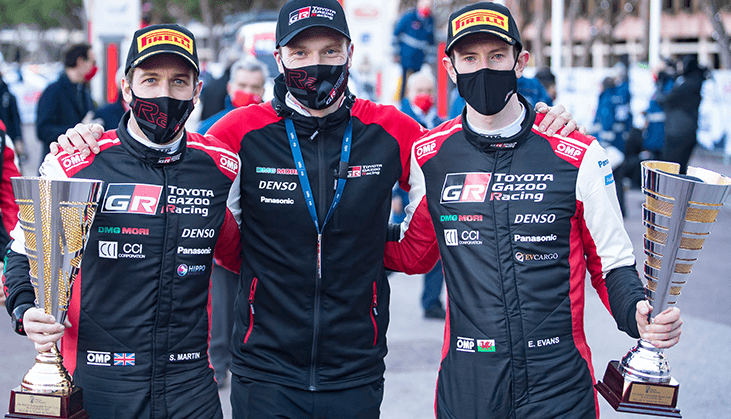 After missing out on the world title last year by just a few points, Scott and driver Elfyn Evans were aiming for a solid start to the season, but they were up against team-mate, local driver, and seven-time world champion, Seb Ogier.

However, Monte Carlo is famed for its extreme winter weather and the pair would also have to master the ever-changing snow and ice conditions.

They started well, holding third position after day one in their Toyota Yaris WRC car, but moved into second after the first stage on Friday morning. Building speed and confidence, they edged ahead during the day, setting fastest stage times to hold the overnight lead.

But the roads in the French mountains around host town Gap became increasingly icy on Saturday and, with conditions deteriorating, they lost ground to Ogier as the race wound its way south to the principality of Monaco. 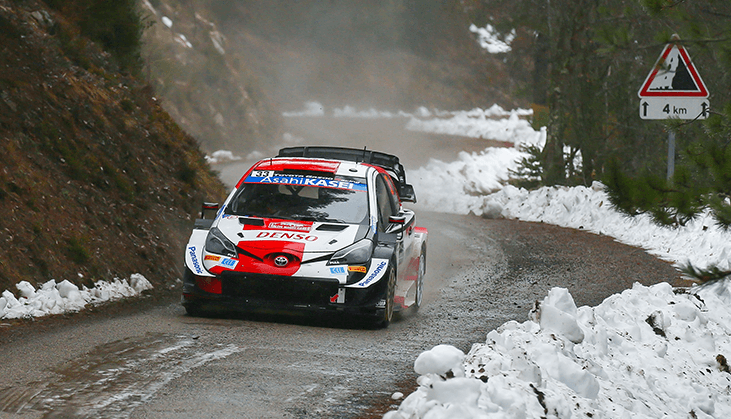 The final day saw a thrilling finale over four timed stages, the final one providing bonus points for the top-five drivers. Battling snow and black ice, they conceded time to a charging Ogier and settled for second place, collecting three additional bonus points on the way.

Not only was it a super start to the championship but their Toyota Gazoo Racing World Rally Team scored a fantastic 1-2 to notch up an early lead in the manufacturer series.

Scott Martin said: “It was a great result and one that we had to work very hard for. Second gives us a solid start to the championship and it’s a great way to kick off my partnership with Hippo Motor Group.

“That’s two podiums in two years here in Monte Carlo, but this year we were one step higher.

“It really was a classic Rallye Monte Carlo this year. The mixed weather conditions provided a huge challenge, you have so many different road conditions in one stage and it makes choosing the right tyre a real lottery. We used a studded tyre which works well in snow and ice but then you can turn a corner and it’s a fully dry road where a slick tyre would be best. 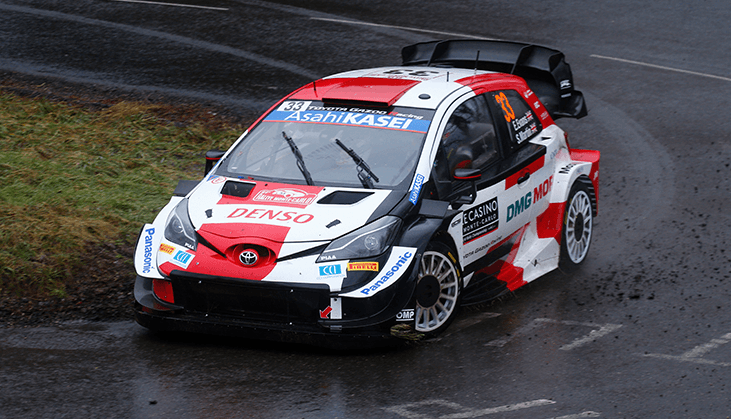 “It’s a busy event from a co-driver’s perspective, we have to manage many updates on stage conditions and weather to try and make the best decisions. But it’s a challenge I relish and when you end up on the podium at the finish, especially on an iconic rally like Monte, it’s a huge relief.”

The championship continues a winter theme as Scott heads to round two at the Arctic Finland Rally, in the Arctic Circle, which starts on 26 February.