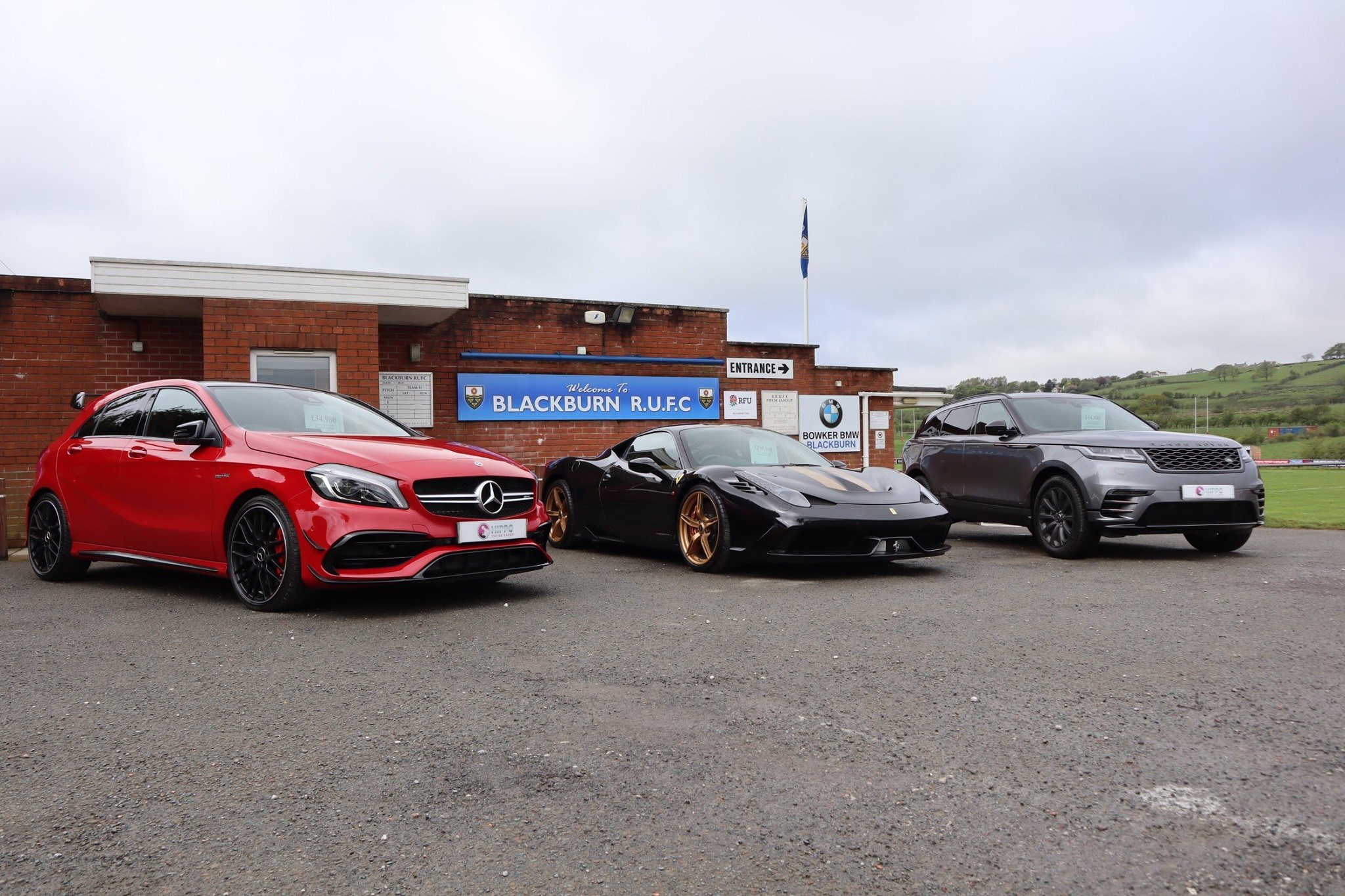 Hippo is thrilled to have been part of Blackburn Beer Festival over the Bank Holiday weekend. The event took place at Blackburn Rugby Club accommodating an array of live music, street foods and rugby throughout the weekend.

Hippo Motor Group sponsored Blackburn Beer Festival 2019, alongside Totally Wicked and Farleys Solicitors. As one of the three headline sponsors at the event, Hippo held a giveaway offering the chance to win a £100 Love2shop gift card. And of course, no event is Hippo-complete without a showstopper. Not one, but three sets of hot Hippo wheels made an appearance – the Mercedes-Benz A45 AMG, Range Rover Velar and Ferrari 458 Speciale AB.

Among the fun and festivities, the 1500 festival-goers, as well as local businesses, contributed towards raising more than £25k for Blackburn Youth Zone. Blackburn Youth Zone is a local charity giving thousands of young people somewhere to go, something to do and someone to talk to all year around.

Fundraising and Communications Coordinator for Blackburn Youth Zone, Mel Thomas, said: “It’s been a record-breaking year – crowds were bigger than last year, the atmosphere all weekend has been amazing with people coming together to ensure we raise much-needed funds for Blackburn Youth Zone. We haven’t got a final figure yet but we think we’ve raised more than £25,000.”

Earlier this year, Hippo teamed up with Blackburn Youth Zone, pledging £10,000 to the charity as it became a patron for 2019. Hippo supports the charity’s vision to create a positive future for the youth of Blackburn with Darwen – promoting cohesion, skills and aspirations, and health and wellbeing.

To keep up with more Hippo News and Charity updates here.