The event will take place at our state-of-the-art showroom on Trident Way, Blackburn and will start at 7.30pm. 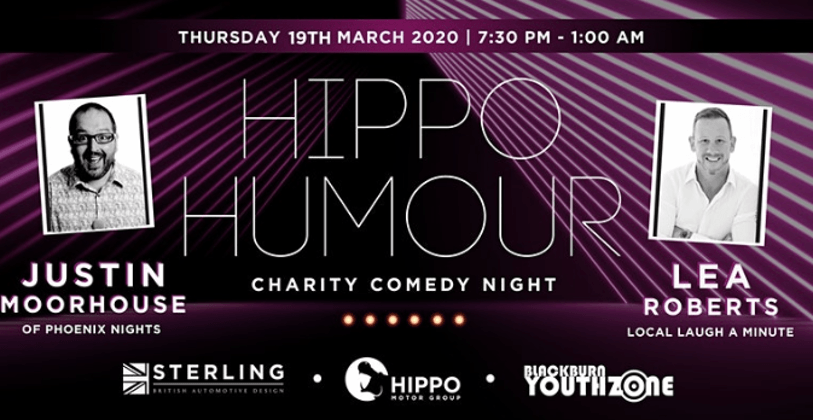 Guests will enjoy an evening of live comedy from Lea Roberts, a comedian from Halifax who won the TV series “Stand Up Britain” back in 2002, and the award-winning comedian Justin Moorhouse of Phoenix Nights fame, who has since performed on popular programmes such as Live at the Apollo and Michael McIntyre’s Comedy Roadshow.

There will also be a live performance from musician Paul Dobie, an accomplished professional vocal and instrumental entertainer with a diverse set list to suit every taste. Following Paul Dobie’s performance, there will be a live DJ until 1am.

The cost of a ticket, which includes a welcome drink and freshly prepared street food, is £30. Alternatively, you can secure a table of 10 for £300. You can get your tickets here.

All proceeds from ticket sales will go to Blackburn Youth Zone and there will also be a charity raffle and auction, with incredible prizes on offer.

Blackburn Youth Zone is a staple of the local community and runs a youth club seven days a week for young people aged 5 to 25 years old.

It aims to raise the aspirations of the town’s young people, equipping them with life skills, increased confidence and independence which, in turn, will help regenerate the town.

Currently, 50 per cent of its running costs are financed by the local business community and much support comes from local fundraising events like this one.

Tickets are on sale now and are limited, so don’t miss out.